Home  /  News   /  : Save your receipts! Biden’s plan for free and easy over-the-counter COVID-19 tests may not be quite so simple 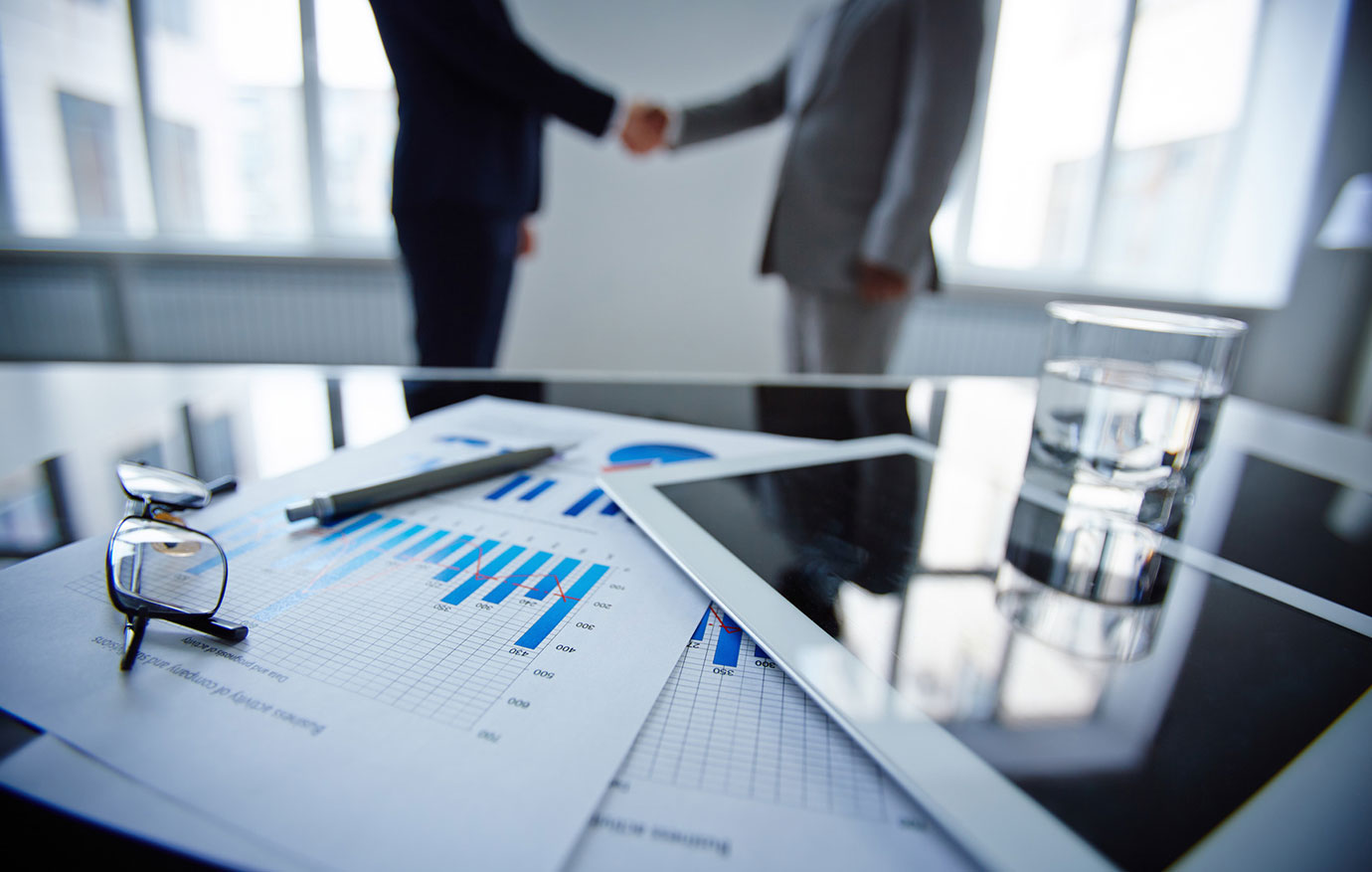 : Save your receipts! Biden’s plan for free and easy over-the-counter COVID-19 tests may not be quite so simple

“The bottom line: This winter, you will be able to test for free in the comfort of your home and have some peace of mind,” Biden said Thursday, unveiling a plan that also includes tighter testing timelines for international travelers entering the country.

Health-insurance companies will cover the costs of the at-home tests for people on their plans, the president said. The government will distribute tests to health centers and clinics so people without private insurance can get them too, he added.

But there are still open questions about how this plan will play out, public health experts say. Will customers have to first pay for the testing kits and get their reimbursement later? Or can they exit a pharmacy, testing kit in hand, without opening their wallet?

Prices for home testing kits typically range from $7 per test (or $14 for two) to $38.99 per test, according to KFF, a nonprofit that researches national health issues. Paying for these tests on a regular basis could be cost-prohibitive for many people, even if a reimbursement check is coming later.

“If a consumer wanted to test regularly, even the least expensive test ($14 for two tests) used twice a week would amount to $728 per year, assuming they could get tests in this quantity,” KFF reported.

The pricey realities will crimp the effectiveness of Biden’s plan, said Eric Schneider, an M.D. and senior vice president for policy and research at The Commonwealth Fund.. “We have a real problem with pricing in this country,” he said, noting that at-home tests are widely available for free or low cost in other countries, like the United Kingdom.

“Even if companies churn out 300 million test kits every month, that’s fewer than one test kit each month for every person in the U.S.”

Putting money aside, will there be enough at-home testing kits to go around at a time when the supply chain is being strained so many ways? Even if companies churn out 300 million test kits every month, that’s fewer than one test kit each month for every person in the U.S., KFF noted.

“The devil is in the details. We need to understand how this is going to happen,” said Carlos del Rio, a professor of infectious diseases at Emory University School of Medicine. “Like everything we do in health care in America, we make it complicated,” said del Rio, an M.D. who’s also the executive associate dean for the Emory School of Medicine at Grady Health System.

What does the news mean for your wallet? Sign up for Personal Finance Daily to find out.

Biden administration officials have often mentioned “reimbursement” in reference to the tests, so it sounds like consumers will be carrying the upfront costs, according to Lindsey Dawson, an associate director at KFF. Like del Rio, she’s waiting to hear more.

“To the extent that consumers have to recoup dollars from insurance companies, this would require some legwork from the consumer,” she said. They’ll have to know there’s an opportunity to get paid back, save their receipts, determine their insurer’s reimbursement process “and, of course, be able to front the cost.”

On Friday, White House COVID-⁠19 Response Coordinator Jeff Zients confirmed Americans will have to hold onto their receipts when it comes to this part of the plan.

“More than 150 million Americans on private health insurance will be able to submit receipts for at-home tests directly to their health insurance plans, so they can go to their local pharmacy, they can order online, and then get reimbursed,” he said, adding that free tests for people without private insurance would become available starting this month.

More specifics on Biden’s plan are coming, but that may not happen until next month, White House press secretary Jen Psaki said Thursday.

“We expect to have the final rules on this and have this implemented in mid-January, so I expect additional details about how it will work and the functioning of it will be out in that timeline,” she said. Officials at the Department of Health and Human Services and the Treasury Department still need to write rules on the initiative, Psaki noted.

Representatives at both departments did not immediately respond to a request for comment.

“In the past, private insurers were not compelled to cover at-home tests in most cases,” Dawson said. The new initiative is not going to retroactively apply to tests that consumers already paid for, a senior Biden administration official said during a Wednesday press briefing.

Medically necessary COVID-19 testing is completely covered by insurance. So the exception for at-home tests was, at least previously, “when the test is ordered by an attending health care provider who has determined that the test is medically appropriate,” according to the Centers for Medicare & Medicaid Services. This applied for Medicaid recipients too, Dawson noted.

Now it remains to be seen what the new rules will do — and how insurers will handle what comes next.

For example, employees who refuse to get vaccinated even if their workplace requires it are theoretically on the hook for their own testing costs, because businesses don’t have to pay the recurring test costs of employees, according to the Occupational Safety and Health Administration’s hotly disputed vaccine mandate rule. The rule was supposed to go into effect in January but is on pause while it’s being challenged by a group of lawsuits consolidated in the U.S. Court of Appeals for the Sixth Circuit.

The plans for expanded at-home testing do not appear to be changing that workplace screening requirement, Dawson said.

But when is an unvaccinated person getting an at-home test for their regular life, and when is it for workplace compliance — and potentially their cost to pay? That may be for insurance companies to determine, Dawson said.

“Over-the-counter, at-home diagnostic tests are an important tool to identify COVID infections and limit the spread of the virus,” said David Allen, a spokesman for America’s Health Insurance Plans, a trade association. “As we continue our work with the administration in the fight against COVID-19, we will make sure that the full impact of these actions on patients, consumers, and hardworking families is understood.”

The impacts, Allen continued, “include ensuring that everyone has access to affordable diagnostic testing throughout the public-health emergency, that price gouging does not spread to OTC tests, that consumers are protected from higher premiums, and that clear rules and guidance allow these efforts to be implemented effectively.”

Are there enough at- home COVID-19 testing kits?

The White House says the country now has four times the amount of tests it had by late summer. Supplies have seemed to improve, Schneider said. Still, he added, “I don’t think manufacturers are producing the millions of tests you would need to have widespread use.”

With rising demand, “capacity has become one of the biggest issues for manufacturers,” said John Pecaric, president of RRD
RRD,
+0.94%
Business Services and Marketing Solutions.

“The supply chain has become even more complex than normal for companies managing the in-house kit assembly themselves,” he said. “Freight delays and labor shortages are exacerbating the complexity of the normal supply chain and fixed costs can be high, which makes working with a supplier who can easily scale up and down highly appealing.”

Demand for the testing kit “is strong as it is the most widely used and studied rapid antigen test in the U.S., which is why Abbott scaled up manufacturing over the summer and are now making more than 50 million tests per month.” The company is working with retailers, schools, universities, employers and public health officials “to ensure tests get to where they’re needed most,” he said.

Quidel Corporation
QDEL,
+0.99%,
maker of the QuickVue At-Home OTC COVID-19 Test ($23.99 at CVS), said its staff is “working tirelessly to increase our manufacturing capacity to a run-rate of 70 million tests per month by the end of the year to provide our communities with access to affordable COVID-19 testing.” Those production efforts also include fulfilling a 12-month federal government contract for 100 million QuickVue tests, the company noted.

Like other aspects of Biden’s plan, Dawson had questions about whether home test manufacturers will have enough supply to meet consumer demand. “We’ll have to wait and see,” she said. 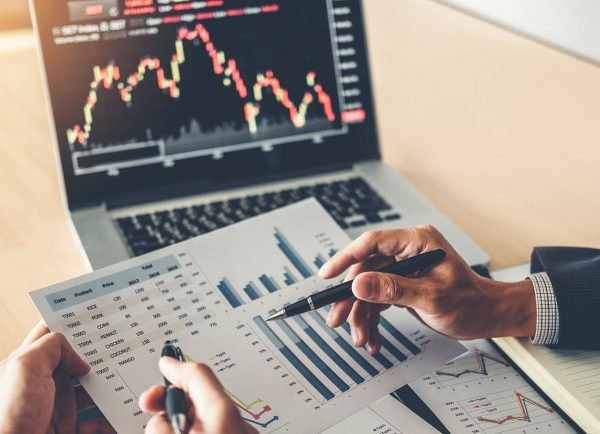