: Eldercare is harder than ever — here’s how to get help

Caregivers don’t always know what kind of help to ask for, but they should do it anyway, said Cheryl Woodson, a geriatric physician and author of two new books on caregiving for the elderly.

Woodson’s two books — “To Survive Caregiving: A Daughter’s Experience” and “The Doctor Is In: Answering Your Questions About How to Survive Caregiving,” walks people through the many factors involved with taking care of loved ones, including specific care for people with dementia-related illnesses, resources available for family caregivers and the importance of self-care in the midst of overwhelming responsibilities.

See: Working and expected to be a family caregiver? 3 ways to protect yourself

“To Survive Caregiving” also looks into the ways caregiving has changed over the decades. “Caregivers are so much more different now than previous generations,” Woodson told MarketWatch. “They feel like they can’t do it like their parents did.” But responsibilities have also shifted in the last few decades. Families were more likely to live in the same vicinity when an older person was sick, as opposed to now, when relatives may be living across the country. As people are living longer, caregivers may also have their own age- and health-related issues to manage while tending to their loved ones.

Woodson spoke with MarketWatch about her books, and some of the ways caregivers can help themselves. She will also be hosting a Facebook Live event on Nov. 17 at 7 p.m. ET to discuss caregiving. (This interview was edited for clarity and length.)

MarketWatch: You mentioned caregiving has changed since our parents and grandparents did it. How so?

Cheryl Woodson: The first of the baby boomers turned 65 11 years ago. Medical advances have prolonged life without improving life. The people who are alive are sicker than they used to be so the care that they need is heavier than it was, and it lasts for a longer time.

My grandmother was sick for about four months. She had six kids, four of which were daughters, and they all lived within walking distance. When my mom was sick, I was the only daughter and I lived far away. There are more seniors who are older and sicker, and fewer available caregivers who live farther away.

This generation’s caregivers had more responsibilities. When my grandma was sick, her youngest grandchild was 11 years old. When my mom was sick, her youngest grandchild was 3, so as a caregiver, I had much bigger responsibilities. When my grandma was sick, none of her four daughters were in the workforce or they didn’t work 40 hours a week. I worked 60 hours a week. Caregivers are in the workforce, and even if they don’t have executive positions where they can’t clock out, they’re working two, three jobs to make ends meet.

MW: So how can caregivers even ask for help?

Woodson: The first key is don’t put your head in the sand. If you think something might be wrong, find out if you need help. If you know what it is you need, you don’t need to feel guilty. If you don’t want to drive all the time, you have to take your hands off the steering wheel. Some people think “nobody can do it as well as I can” — you have to let people help you. Communicate. “Don’t ask, don’t tell” won’t work — you have to ask for help.

One of the things I tell caregivers is: the problem isn’t the sister who won’t help. If people don’t help, move on. Call your social services agencies. Don’t worry about who should help and get help from where you can. Each section of the book gives you specific language to use to increase the probability of getting support.

MW: Aside from help on the personal side, are there any governmental policies that could be helpful in the future?

Woodson: They took unpaid family leave out of the newest bill, which would have been a good one, but another one is making sure that there are better tax advantages. You shouldn’t have to demonstrate that this person is a dependent and you’re generating 51% of their income because most of it is coming from a pension. That doesn’t mean you’re not taking the time from work you need. Another is paying for respite services with Medicaid funds. Right now, if you’re an older adult who qualifies for Medicaid, the only thing you can use that for is nursing home placement. That doesn’t make sense. A lot of times people don’t need nursing care, they just can’t be left alone and the caregiver has to work.

There are policies for caregivers to take personal time to take care of seniors. My problem with that is that if the caregiver gets sick, do they have any time left where they can go see their doctors? Or if they use their personal time for eldercare, how do they take care of themselves? These are the kinds of things being discussed.

Caregivers know better than anyone else what they need. Caregivers can get involved, join groups like AARP and other kinds of communities, and talk to legislators. It is important for your voice to be magnified.

Also see: Caregiving is a vital part of the nation’s infrastructure, like bridges and roads

MW: The holidays are coming, and some stressful conversations may arise. How can families broach this topic?

Woodson: Families need to talk about advance directives for themselves. In Illinois, anyone who is over 18 has to have a power of attorney because parents no longer are your guardians [Editor’s note: Rules vary by state, and not all courts agree on how to proceed with last wishes when there are no estate documents in place.] Also, find out how they would want to live if they were not able to maintain their quality of life, or who would make decisions for them. Talk about it. Don’t wait until the last minute trying to figure out what to do.

When my mother became demented, she had had her powers of attorney and she told us there will come a time when I can’t make decisions for myself. I trust you, even if I don’t sound it at the time. So when she was demented and no longer wanted to stop driving, I had to have the car stolen. I didn’t feel guilty because before her brain got broken, she decided. 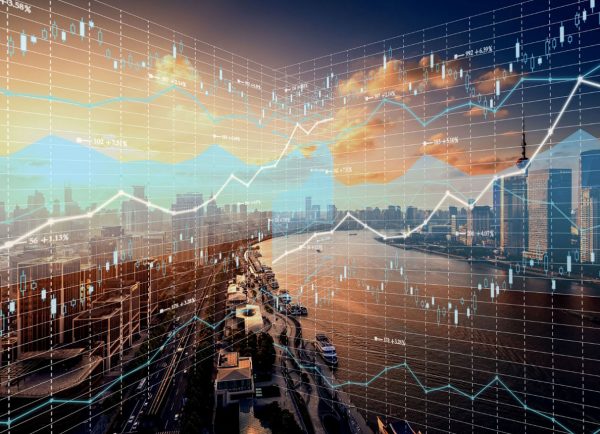