Avis Budget Group Inc. could crush third-quarter earnings expectations but the stock could still sell off, just like what happened last quarter, as the view “this is as good as it gets” for some on Wall Street seems “logical,” according to Deutsche Bank analyst Chris Woronka.

The car rental company
CAR,
+0.90%
is scheduled to report results on Monday, after the closing bell.

The company has a tough act to follow, following what Chief Executive Joe Ferraro described as “the best quarter result in our company’s history” last quarter, and as stock has more than doubled since it last reported.

While consensus analyst estimates for profit and revenue have increased materially in recent months, as supply-and-demand dynamics have been pushing up rental car prices, Woronka believes they are “quite beatable.”

And even though he expects management to speak positively about current pricing power and prospects for continued industry fleet discipline, with help from the semiconductor shortage, that doesn’t mean he expects Avis’s stock to keep rallying. He doesn’t think it’s unreasonable for another “sell the news” reaction.

The stock had soared 141% year to date through Aug. 3, and even as Avis reported blowout second-quarter results, with profit more than doubling up expectations, the stock still plunged 16.6% on Aug. 4, the biggest one-day drop since March 2020.

“We view the slope of CAR’s chart from $120 to its current level as a bit unnatural from a fundamental point of view, so we anticipate incremental volatility around earnings and do see the potential for some profit-taking on a short-term basis even if secular bulls on the stock hold their ground,” Woronka wrote in a note to clients.

“[A] ‘this is as good as it gets’ market view on 3Q earnings (no matter how good they are) would be more than logical, in our opinion,” he added.

Options traders have taken notice, as they have prepared for a lot more volatility than usual after earnings (see below).

Woronka reiterated the hold rating he’s had on the stock for the past two years. Although he raised his stock price target to $119 for $92, the new target still implied a 31% decline from current levels.

Here’s what analysts and investors are expecting from Avis:

Earnings: The average estimate of analysts surveyed by FactSet is for adjusted earnings per share of $6.87, up more than sixfold from the $1.13 reported a year ago, and more than double the $2.96 reported in the same period in pre-pandemic 2019. The EPS consensus has moved up significantly from $3.85 just before Q2 results were reported.

Estimize, a crowdsourcing platform that gathers estimates from buy-side analysts, hedge-fund managers, company executives, academics and others, has a much higher EPS consensus of $7.10.

The average Estimize estimate is now up to $2.76 billion.

Stock price: It won’t be much of a surprise if Avis stock falls the day after earnings are reported, since that is what happened after the past six quarterly reports. The stock has also declined after eight of the past nine reports, and after 15 of the past 19 reports.

And while the stock has soared since the second-quarter report, so have bearish bets on the stock. Since the end of July, the latest exchange data shows that short interest has shot up by about two-thirds to 13.42 million shares as of Oct. 15. Short interest as a percent of the public float, or shares available for public trade, is 20.49%, which is higher that that of high-profile meme-stock AMC Entertainment Holdings Inc.’s
AMC,
+0.40%
18.02%.

Read: Short sellers are not evil, but they are misunderstood.

Don’t miss: These are the most important things to check on a stock’s quote page before deciding whether to buy or sell.

And Deutsche Bank’s Woronka isn’t alone in expecting a little “volatility” after the earnings report. An options strategy known as a straddle, which is a pure volatility play that involves the simultaneous buying of bullish and bearish options with at-the-month strikes expiring at the end of the week, is expecting a much bigger than usual post-earnings stock reaction.

Straddles are priced for a one-day post-earnings move in the stock of $20.63 in either direction, compared with the average post-earnings move of $14.08 over the past 12 quarters, according to data provided by Option Research & Technology Services (ORATS) Principal Matt Amberson. 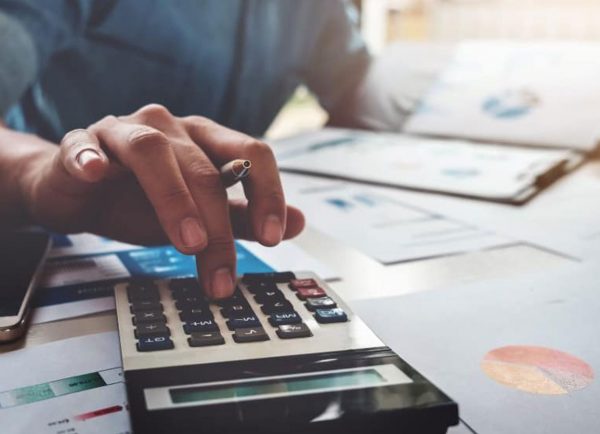 Financial Crime: Exaggerations, overvaluations and out-and-out lies: the 6 most egregious examples of Donald Trump’s alleged inflation of his wealth

The Tell: S&P 500 sees its third leg down of more than 10%. Here’s what history shows about past bear markets hitting new lows from there, according to Bespoke.

The Conversation: New York’s $250 million lawsuit against Donald Trump is the beginning, not end, of this case—a tax lawyer explains what’s at stake